Texas Perspectives: Let’s Build a Culture of Safety in Texas

Someone I know was in a minor car crash recently. The car was hit from behind by a driver who was using a cellphone, causing damage to both vehicles, but nobody was hurt. The police were called, and though the officer was told that the driver who caused the crash was using a cellphone, no tickets were issued. The officer left without filing any kind of accident report.

When I heard this story, I was frustrated. I understand why the officer didn’t issue a ticket, even though holding the cellphone while driving is illegal. Also, nobody was hurt and the cars can be repaired. 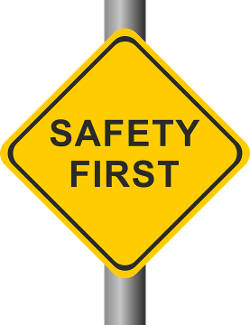 But, public safety involves avoiding catastrophes — whether it is minimizing the number of fatal car crashes, gun deaths, or aviation accidents. Avoiding catastrophes does not happen by focusing on catastrophic events. It happens by taking every mistake seriously, even when it is small.

Right now, we often miss opportunities to create a safer society — like the officer who did not give a ticket or warning to the driver who had been using a cellphone — because we are not careful enough to learn from the many small mistakes we make that are the harbingers of catastrophes to come. We can do better, and it will lead to a culture of safety in Texas.

The aviation industry knows this well. Air travel is extraordinarily safe, precisely because industry leaders recognize that catastrophes are not the result of a single mistake. They are the result of a cascade of errors and conditions. So, the industry focuses on every mistake that is made.

For instance, through the Aviation Safety Action Program (ASAP), people who work in aviation are encouraged to report every error they make and are not punished for making these reports. Then, experts look for patterns in those mistakes and seek ways to eliminate the conditions that cause these errors. Mistakes are corrected before they lead to fatalities.

One Texas city, Austin, recognizes this to some degree. The city has joined the Vision Zero program, which aims to eliminate traffic fatalities. Many of the initiatives that are part of this program are designed to reduce the conditions that lead to serious crashes. That is, they do take seriously the small things that lead up to bigger problems.

But, the ability to fix these mistakes requires attention to the small details. Ticketing a driver for using a cellphone sends a message that this behavior is dangerous, and it also allows designers like those involved in Vision Zero to track the behaviors that can cause crashes.

Unfortunately, most of the time (even when it comes to driving), we focus only on the catastrophic events, like the teen who texts while driving and kills another driver. These events have some value in galvanizing the public’s attention toward something that needs to be fixed.

In most other cases, though, it is easy to figure out what role various factors play in a tragedy. What is to blame for the crash caused by a texting teen? Was it the cellphone, the road conditions, inexperience as a driver, the cyclist weaving through traffic, or the glare of the sun on the windshield? The large number of potential reasons for a catastrophe can spur frustration rather than action. Perhaps nothing can be done.

In any arena of public safety, if we focus on the kinds of errors that have smaller consequences, we will have an easier time creating solutions that work.

For example, cities that want to minimize traffic fatalities need to enforce the laws around cellphone use by drivers regardless of the consequences in that instance. They need to monitor behavior at traffic lights, even when nobody is hurt. They need to track the speeds on roads and urge drivers to slow down, even when it looks like there is no reason to maintain a low speed. Reducing the number of risk factors is the only long-term way to reduce catastrophe.

By Art Markman, Professor of Psychology

Art Markman is a professor of psychology and founding director of the Human Dimensions of Organizations program at The University of Texas.

*Source: The University of Texas at Austin